The Town of Tyngsborough has hundreds of acres of protected, forests, meadows, and wetlands where you can walk, watch wildlife, and enjoy nature. The trails are open to all residents, and their guests, daily from dawn to dusk, year-round. Including the Tyngsborough/Lowell/Dracut State Forest, there are more than ten miles of walking trails in Tyngsborough.

Each season there are special ways to enjoy nature close to home. You can take a brisk hike amidst the fall colors. Snowshoes or cross-country skis can bring you deep into the quiet winter woods. Spring and summer invite you to observe birds, wildflowers, and insects, to traverse woodland streams, and to watch for beavers and other mammals raising their young. 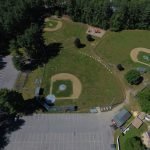 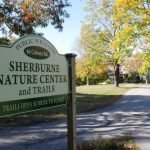 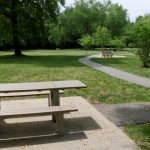 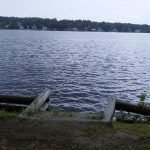 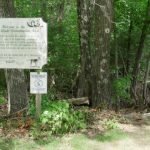 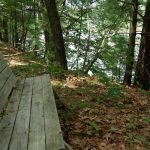 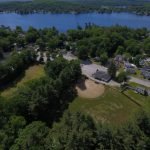 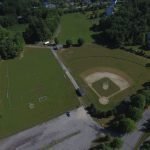 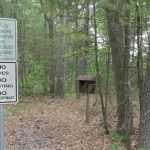 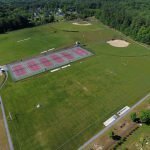 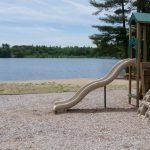 The Sherburne Nature Center and  Property located at 46 Coburn Road in Tyngsborough, MA.

It was donated by the Sherburne Family in 1999 in memory of Maxwell and Bernice Sherburne who lived there for years.

This is an 80-acre parcel which consists of a combination of dry uplands, marshy areas, a beaver pond, and a field maintained to support birds and wildlife.

The building is the hub for all nature exhibits in town and serves as a learning center to the public.

The Sherburne Nature Center and surrounding trail system is an outstanding educational resource serving the public at large as well as being home to many wildlife species. The trail system follows a path along a fantastic example of a northeastern deciduous forest environment and consists of many specific types of habitats.

The “Wild Meadow” habitat is home to a bounty of wildlife from countless plants and insect species to insectivorous birds taking advantage of the viable food sources.  In the Spring and Early Summer the Woodcock can be heard calling its short buzzy “pent” at dusk. Milkweed plants as well as Thistle, Dogwood and Canadian Goldenrod can be found in abundance.  Some species that are more rare and difficult to spot are Wild Cranberry and the incredible carnivorous Pitcher Plants usually associated with a wild bog.

“Vernal Pools” which are temporary bodies of water swell up in the spring allowing species like Spotted Salamander, Toads and Wood Frogs to lay their eggs.

The beaver pond creates an amazing example of a “Wetland Area” habitat and is home to many aquatic species like fish and the amphibious frogs.  Reptiles like the Eastern Painted Turtle known locally as the “Sun Turtle” can be seen basking on logs and occasional Snapping Turtles and Northern Water Snakes can be spotted on the pond’s shallow banks.  Some mammals that can be seen here are the Muskrat (also called the Water Hare)  as well as the massive Beaver species which currently occupy the large beaver lodge located at the pond. Mink have been spotted along the brook feeding into the beaver pond.

The “Deciduous Forest” habitat consists of many species of trees including both hardwood and softwood with patches of conifer like the Eastern Hemlock can be found here.  Futher back along the trails there are several Old Growth trees including examples of White Pine, Beech and Cherry.  Deer and our Eastern Coyote (Coywolf) call the forest home as well as Foxes.  Owls like the Screech and Barred Owl haunt the forest at night and Turkey often march through the forest and meadow during the day. Flying Squirrels make their homes in the cavities of trees and Fishers can be seen patrolling the area.

The Sherburne Nature Center allows for families to explore Mother Nature in all her amazing glory and is open all year from dawn to dusk.

All Trails Maps in Tyngsborough

Interested in open space? Join the Open Space Committee & Conservation Commission on January 18th at 6:30 PM at Old Town Hall for a public meeting to discuss the formation of a Tyngsborough Land Trust. Learn about what a Land Trust is responsible for & why...
Read More

The Federal Clean Water Act (FCWA) requires that states report on the condition of all waters in their state. In order to comply, the Massachusetts Department of Environmental Protection (MassDEP) conducts monitoring on a rotating seven-year schedule. This year,...
Read More

By signing up, you agree to received information about Tyngsborough Trails via email. At this point, we anticipate no more than a monthly email. You can opt out at any time, and your information will not be shared with anyone. List management is provided by MailChimp.