The Office of the Town Accountant 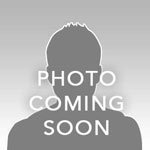 We are pleased to inform the Tyngsborough community that Standard & Poor’s Global Ratings has increased the Town’s bond rating to AA+, the second highest possible rating (AAA is the highest), for our upcoming permanent borrowing of $3million for previously approved capital projects.

Despite the recent issue involving missing funds from the Tax Collector’s Office, the Town’s efforts to improve financial management and internal controls, and commitment to increasing reserve fund balances, has produced this positive development in our financial standing.

S&P noted the Town’s very strong economy, strong budget performance, strong budget flexibility and reserves, and strong institutional framework. The Tyngsborough Board of Selectmen contributed to this rating increase by annually dedicating one-time funds to increase reserves. S&P notes “Tyngsborough’s budgetary flexibility is strong, in our view, with an available fund balance in fiscal 2016 of 14.4% of operating expenditures, or $5.7 million.” This past spring, during the 2017 Town Meeting, the Selectmen recommended placing a total of $547,726 of one-time revenue from recuperated Charles George landfill back taxes, and the sale of surplus property, into the town’s reserve accounts.

S&P also stated “The stable outlook reflects S&P Global Ratings’ expectation that Tyngsborough’s management team, supported by very strong wealth and income levels, will continue to produce balanced operating results. We do not expect to change the rating within our two-year outlook horizon.”

It was noted that our bond rating could increase again in the future if the Town formalizes the draft financial policies that are being developed by the Finance Team, including the Town Administrator, Finance Director and Treasurer/Collector, and the Board of Selectmen, while increasing reserve levels and reducing our pension/OPEB unfunded liability.

While we will continue to strive for a AAA rating, this is a terrific step in the right direction. This increase, which has resulted from a collaborative, team effort between the Finance Department, Town Administrator, and Board of Selectmen, is expected to save $22,000 in borrowing costs from our former bond rating of Aa2, and even more money on future borrowings.